By Roberta Rood of Books to the Ceiling from Maryland, USA.

“Ever the master of form and sorcerer of style” – that’s what Marilyn Stasio of the New York Times called Reginald Hill in her 1998 review of On Beulah Height. At that time, I had just begun reading the Dalziel and Pascoe series. I knew I liked Hill’s writing, but I didn’t know just how much until I read On Beulah Height. This is not just a brilliant mystery – it is a brilliant novel, period.

A while back, when I was feeling the need of a Reginald Hill fix, I picked up an earlier (1973) novel that I had never read, Ruling Passion. Here we encounter Peter Pascoe as a Detective Sergeant, prior to his achievement of the rank of Detective Chief Inspector. (There was never much doubt that Pascoe was a comer.) He and Ellie Soper are lovers – but will they marry?

Ellie Soper Pascoe (as she becomes in fairly short order) is one of my favorite continuing characters in this series.  Quite the spitfire, she’s an unapologetic feminist as well as an aspiring novelist. She’s not initially a fan of Peter’s boss, the larger-than-life – in every way! – Andy Dalziel. For his part, Andy describes Ellie as being “authentic liberal radical left-wing pink Dalziel-hating.”  Though it makes Peter anxious, these two love to spar. (Ellie gets her own memorable starring vehicle in Arms and the Women, subtitled ‘An Elliad’.) 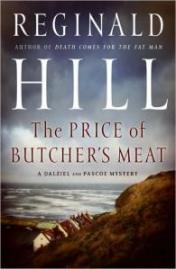 The Price of Butcher’s Meat, the penultimate novel in the series was published here in the U.S in 2008. (In Britain, Butcher’s Meat was released as A Cure for All Diseases. The phrase comes from a passage in Religio Medici by Sir Thomas Browne: “We all labour against our own cure, for death is the cure for all diseases.” This quote appears in the front of the British edition and is very apt, considering that the novel takes place in a seaside town – Sandytown – that styles itself as a haven for those seeking both conventional and alternative treatments for whatever ails them. The American title, a rather grotesque locution, comes from a passage in Sanditon, an unfinished novel by Jane Austen.)

The Price of Butcher’s Meat is generously supplied with Hill’s trademark wit and stylistic flourishes. Here, Dalziel recollects a conversation he had recently with Franny Roote, a mysterious chameleon-like character who threads his sinister way through the series.

Franny: “Doesn’t Paul tell us that the love of money is the root of all evil?”
Dalziel: “Paul? Thought that were one of Ringo’s.”

Here’s Andy deciding whether to confess to “Cap” Marvel, his girlfriend, about a recent indiscretion – or not:

“So I’ll sit on that till I know what it is I’m sitting on, as the actress said to the bishop.”

Andy’s earthy irreverence is the stuff of legend. Speaking in a broad, Yorkshire dialect, he delights in taking potshots at what he perceives as pretentious blather. Pascoe is often on the receiving end of these jibes; unlike his boss, he’s got a university education and isn’t above flaunting his erudition from time to time. Neither was his Oxford educated creator. Here, Hill describes one of the novel’s female characters, the rich and imperious Daphne Denham, as “not quite yet ‘Venus toute entière a sa proie attachée.’”

My rudimentary knowledge of French left me flummoxed by that one. A search revealed that it is a quote from the play Phèdre by Jean Racine. In an essay on classic French literature entitled “On Love,” Michael Dirda explains that in that passage, the playwright depicts the Goddess of Love as “…a bird of prey, tearing into her victim with claws that will never let go.”

Here’s another snippet of dialogue featuring the strangely ubiquitous Franny Roote and the no-nonsense (and indispensable to Pascoe) Detective Sergeant Edgar Wield. First we have Roote intoning the following:

“Fate may have decreed I live my life like a gnome, but I try to record it like a gnomon, telling only the sunlit hours.”

He paused as if anticipating applause, though whether for his mental resolution or verbal convolution wasn’t clear. Wield’s face remained as unreadable as a footballer’s biography.

“Gnomon” sent me scurrying to the dictionary: it is “a column or pin on a sundial, etc. that casts a shadow indicating the time of day.”

While I treasure these dialogue gems, I think that the power of Hill’s descriptive writing is also worthy of comment. This passage from Recalled To Life is a vivid evocation of the past, not of the characters but of the country itself:

This was the Great North Road, or had been before modern traffic made it necessary for roads to miss the townships they had once joined. Hatfield they passed, where Elizabeth the First learned of her accession, and Hitchin, where George Chapman translated Homer into English and John Keats into the realms of gold; Biggleswade where the Romans, driving their own road north, forded a river and founded a town; Norman Cross, near which a bronze eagle broods over the memory of eighteen hundred of Napoleon’s dead, not on a field of battle but in a British prison camp; then into what had been Rutland before it was destroyed by little men whose power outstripped their vision by a Scotch mile; and now began the long flat acres of Lincolnshire, and the road ran by Stamford, once the busy capital of the Fens and later badly damaged during the Wars of the Roses; and Grantham, where God said, ‘let Newton be,’ and there was light, though in a later century the same town ushered in some of the country’s most twilit years…

I love the seeming endlessness of that second sentence!

One of the principal reasons I deeply esteem the work of this author is that his characters do not indulge in tiresome, humorless soul searching, nor do they involve themselves in lengthy, melodramatic confrontations over who’s sleeping with/lusting after whom. In other words, they exist to entertain rather than irritate.

I thoroughly enjoyed The Price of Butcher’s Meat, but given its length and its large cast of characters, it’s perhaps not the best place to get started on this series. Instead, I’d recommend The Wood Beyond (1995), or, if the reader prefers not to go back that far, Dialogues of the Dead (2002).

Just make sure that at some point you read On Beulah Height, where Reginald Hill mixes memory and desire, to stunning effect.

In January, when I learned of the passing of this supremely gifted author, I composed a brief tribute. Then, moved by the words of others, I wrote again. 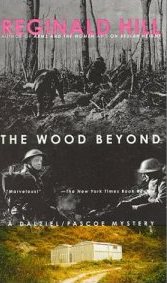 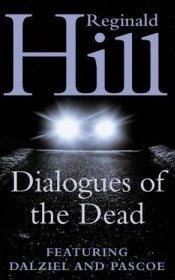 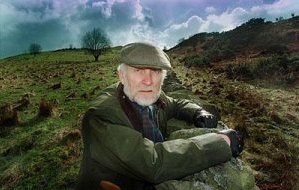 Roberta Rood lives in Maryland, USA. She has been blogging at Books to the Ceiling since 2007. Years of working in a public library instilled in her a deep love of crime fiction. She has always wanted to read only the best, in that genre and in others, and considers her discovery of the works of Reginald Hill to be one of the great high points of her reading life.

3 thoughts on “The Dalziel and Pascoe Series: A Personal View”